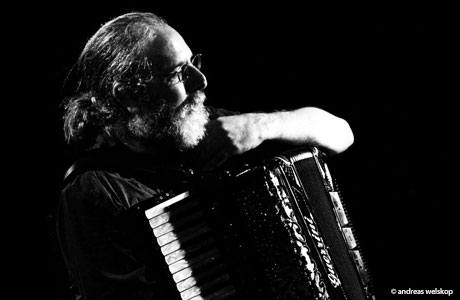 recipient of the Weimar Prize (2016) and the Thuringia Medal of Service (2017), Dr. Alan Bern is an American composer, pianist, accordionist, educator and cultural activist, based in Berlin since 1987. He is the founding artistic director of Yiddish Summer Weimar and the Other Music Academy (OMA). He is internationally recognized for his contributions to the research, dissemination and creative renewal of Jewish music with Brave Old World, The Other Europeans and the Semer Ensemble, among others. He is the creator of PTC© (Present-Time Composition), a musical and educational approach informed by cognitive science that integrates the methods of improvisation and composition.[1] In 2016 he received the Weimar Prize in recognition of major cultural contributions to the city of Weimar, and in 2017 the Thuringia Award of Service. He hopes that the OMA and its projects can help make it possible for people to feel less fear and to come into closer contact with others and with themselves. 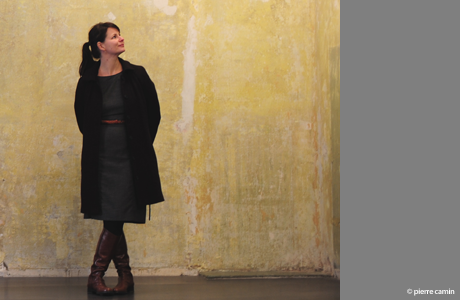 is Vice-Chair of the Other Music Academy e.V. She studied Art History and Sociology before starting to work with Yiddish Summer Weimar as  a Project Manager. Since then, she has made a film, taught young people and developed cooperations, taken on the construction management for the renovation of the OMA building and designs new projects and content for the Academy. 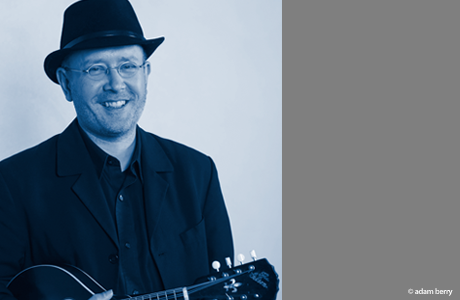 Andreas is a musician, anthropologist of music, dance master, cultural manager and an activist for Yiddish culture in an intercultural context. He has been closely affiliated with the OMA and Yiddish Summer since their beginnings. He is presently a member of the Other Music Academy e.V. board and Curator of Yiddish Summer Weimar. He is a research associate within the UNESCO chair for transcultural music research at the Conservatory of Music FRANZ LISZT in Weimar as well as Artistic Director of the Klezmerwelten festival in Gelsenkirchen and the Jewish Culture Days in Halle.

Andreas has diverse and wide experience with the creation and production of (inter)cultural projects and festivals in theater, music, education and community arts as well as with the organization and conception of international exchange projects such as Yiddish Summer Weimar 2019 “The Weimar Republic of Yiddishland,” Caravan Orchestra & Choir, Triangle Orchestra and many others. 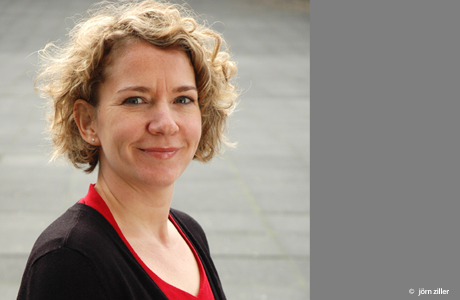 Katrin Petlusch has been connected with the festival (originally “Weimar Klezmer Weeks,” then later “Yiddish Summer Weimar”) with her whole heart and soul since 2002. She is a founding member of Other Music Academy e.V. and served as Treasurer on the Board until 2013. She studied Art History, Psychology and Contemporary History at the Friedrich-Schiller-University Jena. Since 2002 she has been active as a Project Manager for numerous organizations and projects, including choir associations, the German-Italian Society, and the 90th Bauhaus Anniversary in Weimar (2009), for which she was Coordinator. 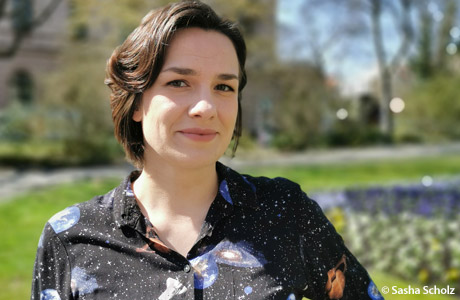 Anna studied Jewish Studies and Applied Lingustics. When she first joined the YSW Festival as a volunteer in the summer of 2012, it was love at first sight and she has been returning ever since. In Weimar, she discovered her passion for cultural management. In 2019 Anna took over the project coordination for the Triangle Orchestra: Yiddish Opera!, the following year she joined the YSW-Team as volunteer coordinator and 2021 she started working as a project manager for the OMA. 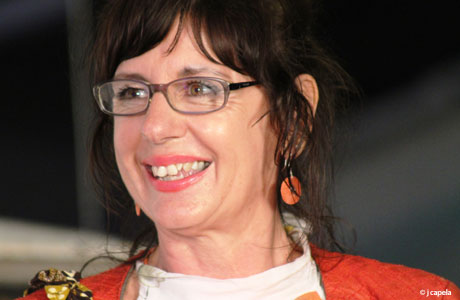 Birgit has worked for many years as a cultural manager for German cultural societies of the Goethe Institut in Zimbabwe and Mozambique. In Weimar, the OMA has become her favorite place to be and the sparks to organize the first Afrikafest came from there. Birgit loves to communicate, likes people, is open and curious. For Birgit, art is a means for well-being which should be available to every human. At the OMA she works as a project administrator and is very interested in further developing the OMA vision. 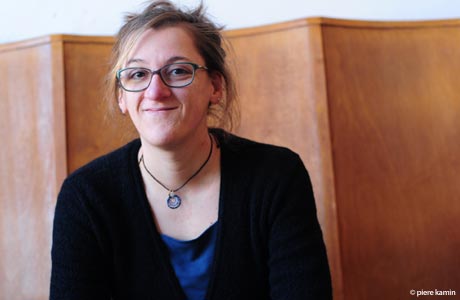 Sabrina is a creative all-arounder on the management team of Other Music Academy e.V.  Actually, she is a typical Humanities scholar with creative ambitions who enjoys cultural happenings. Her primary responsibility for OMA e.V. is the financial side, as well as handling HTML- and computer problems, not to mention making great coffee! She wants to learn from her OMA work how to put together and run projects. 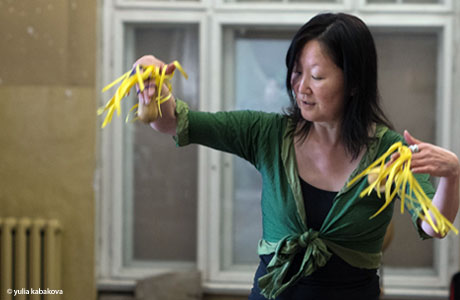 Sayumi studied visual communication at the Tokyo Designer Gakuin College and on the Arts Hochschule Berlin (today the Arts University). Since her diploma in 1993 she has worked as a freelance artist in diverse projects in the areas of sound- and space installations, as well as as a freelance graphic designer.

She has been responsible for the visual appearance of the Other Music Academy e.V. since 2010. In addition to the websites, she designs everything from posters to T-shirts for Yiddish Summer, for the OMA and for the organization. She has also worked extensively on Yiddish dance, for which she gives workshops in Japan (at the Yiddish Academy Tokyo, the University of Osaka and the Japanese-Jewish Friendship and Study Society in Kobe), Berlin, Leipzig, London and Italy.

Since 2006 she has been a member of the Berlin Dance Ensemble "TarantalaScalza" (Tarantella - traditional southern Italian dance), with whom she has performed at numerous festivals. 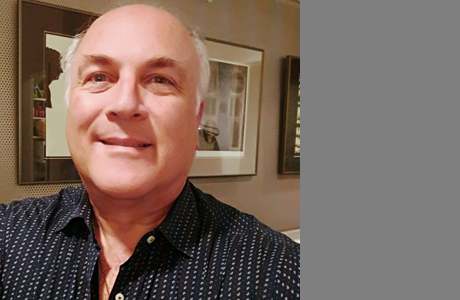 Improvisation as an approach to finding solutions and the creative development of projects are the heart of his approach to consulting. He quickly took in the creative, cosmopolitan concept of the OMA and found parallels with his professional activities. An amateur pianist and violinist, he hasn’t yet overcome the fixation on written notes from his early musical education. “I became fascinated by Alan’s pedagogic concept during a workshop organized by young students of the Musikgymnasium Belvedere in Weimar. Although they at first believed that they couldn’t make music without written notes, Alan helped them to play freely and discover their innate musicality within half a day.” That’s when I discovered that improvisation in music is a form of non-verbal communication. OMA is a place to learn, to get to know and to explore oneself, to feel one’s way forward into new activities and abilities and into one’s own inner self. Starting as a workshop and festival for the free interpretation of Yiddish music, the OMA concept has meanwhile been applied to the fields of dance and handcrafts, thanks to creative minds, and further applications in the field of media education are being developed. For Thuringia, the OMA is a unique place of learning outside the standard institutions of education.

From a political and ethical point of view, Dieter sees the special place of the OMA and Yiddish Summer Weimar in the fact that, in a place of past horrors (Buchenwald and Weimar), a new way of being together and new directions in Yiddish music are being developed and supported together with people from near and far who share no other language than that of music. 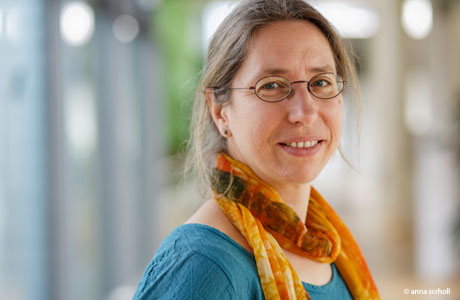 As a biologist Grit investigates the interaction between plants and insects. She knows the OMA (former YSW) since its first days. First she just listened to the music, later she attended workshops, and today she is also part of the supervisory board. There she helps to ensure that the organization of administrative and financial matters are carried out correctly. As a clarinetist, Grit likes the OMA for its music, but also for its open and free way of learning. She is fascinated by the diversity of people coming together in the OMA. 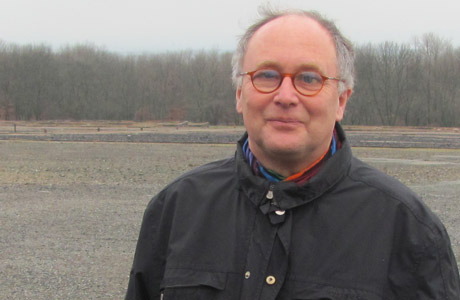 "Aufsichtsrat" sounds like a big position in a huge company - it´s not exactly describing what we are obliged to do at OMA. With former experiences in other associations, I was asked to keep an eye on the intern developments and extern conditions of the OMA activities, together wirh Grit and Dieter. So we do, and I am still deeply impressed by the outstanding compassion, engagement, self-reflection and openness of all people involved. My perspective is based on political analysis with main focus on peace and conflict resolution, many experiences connected with Israel in the Middle East and Jewish life in Europe.  How can we cope with trauma and strengthen resilience? And what is the role of culture, art and religion? You may get some answers if You join us on this lifelong journey, where YSW and  OMA´s home near Weimar´s train station are important stops to gain deeper insight into our past, present and future.